Why is it blue?

Did you ever wonder why natural gas flames should be blue and not different colors?

Or ponder that a lost pair of socks can be compared to a pocket of natural gas? 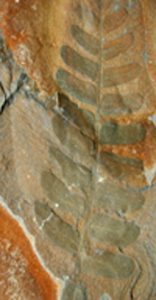 Natural gas is a versatile fuel that is produced in all but 18 states in the United States. It’s found in more than 50 countries around the world with the majority of the reserves located in the Middle East.

What exactly is natural gas? It’s an energy resource that’s found deep in the earth. Like oil, we drill to get natural gas, and natural gas is usually found near oil deposits.

Scientists speculate that coal, oil and natural gas are the results of layers of plant and animal material buried and weighed down by layers of mud, sand and rock over millions of years while being piled on with even more mud, more weight, then more decaying plant and animal debris – this cycle continued for millennia. Talk about pressure!

What happened after all that time and pressure?

Have you ever seen a hunk of coal or shale with a fossil like that of a fern on it? Fossils are the petrified remains of animals and plants. The remains were compressed in the cycle we mentioned to make coal, oil and natural gas, and so are referred to as “fossil fuels.”

What processes caused natural gas to form? Scientific studies reflect that zillions of tiny marine animals made up the “soup” we know as petroleum or oil. Where there’s oil, there’s usually natural gas. Natural gas is mostly methane with some other ingredients thrown in. Methane is a gas that comes from decaying material. Sometimes it’s called “swamp gas” and is given off as plant material changes form.

​Imagine that you’ve lost one sock in the week’s laundry. How do you find it? Where do you look first – under 14 pounds of towels topped by your brother’s football jersey? People who search for natural gas have a similar problem.

Fossil fuels such as coal, oil and natural gas are cleverly hidden under about a ka-zillion tons of rock, limestone and shale. Special scientists including geologists, geochemists and subsurface specialists study the contours of the earth and look for certain signs that will clue them in to the underground presence of these fuels. 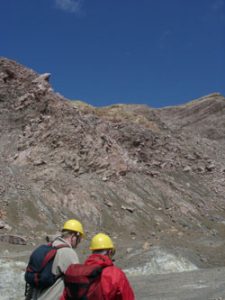 They gather clues that include photographs taken from airplanes and readings taken by scientists called seismologists who use explosives to send shock waves through the ground. Other scientists provide measurements of the variations in the Earth’s density and magnetic fields.

If they find a “pocket” in the rock, or a really dense area, they bring in a drilling specialist to take a sample. Other scientists, called petrophysical and geological engineers, review the drilling sample and suggest the next move of the team. The gas company carefully calculates the best possible plan for pulling the natural gas from its million-year-old bed. Now, if someone would just invent a system for finding that lost sock!

The Secrets of Combustion

No Color or Smell

Natural gas is a fuel that’s burned to help produce electricity or is harnessed to heat water, cook food or is used in the production of many materials that make our lives better. Natural gas has no color or smell, but scientists add a special chemical called “mercaptan” to it so that leaks can more easily be detected. Mercaptan has a “rotten egg” smell that you won’t soon forget!

When natural gas is drawn up from the earth’s depths, it can be mixed with the air of our atmosphere and can then be ignited into a flame. For the energy of the natural gas flame to be tapped efficiently, the air and gas mixture must be just right.

The flame on your stove should be burning a steady blue color, not orange, yellow or red. The blue flame means the air-to-gas mixture is perfect. Should the flame be any other color or quality, call someone to have it checked immediately.